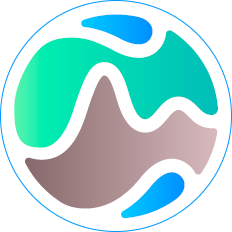 Impacts of global climate changes on continental environments: A case study from the Eocene-Oligocene Transition in the Upper Rhine Graben, with perspectives on the ongoing global warming.

The Eocene-Oligocene Transition is a ~790kyr period of fast and strong climatic and biotic reorganization of the Earth which spans across the Eocene-Oligocene boundary (~33.9 Ma). This relatively short period (on the geological timescale) marked the evolution of the Earth’s climate from high-CO2 Cenozoic “greenhouse” conditions (i.e. ice-free Earth) to modern-like “icehouse” conditions (i.e. iced Earth) with the rapid growth of ice sheets in Antarctica. This event is associated with a major and global cooling of the Earth of ~4-6°C. The Upper Rhine Graben started its first main extensional sequence during the Eocene, allowing the deposition and preservation of sediments across the Eocene-Oligocene Transition. Even though a decent number of geological studies have been conducted in the Upper Rhine Graben, they did not specifically focus on this major climatic shift and its impact on continental depositional environments. The main goal of this PhD is to document the sedimentological record of this transition through the application of various methods of the geoscience field, as well as to refine the chronostratigraphy by applying the methods of magnetostratigraphy and cyclostratigraphy for the first time in the Upper Rhine Graben. The second goal is to examine the current global warming through its rich temporal datasets (temperatures, CO2, ice-volumes…) and to compare it with the afore mentioned case study in order to discuss the possible evolution of the future Upper Rhine Graben.